You can find on this page the walking Athens map to print and to download in PDF. The Athens walking tour map presents the best itineraries to discover all the iconic landmarks of Athens in Greece.
Athens walking map shows that going up from Monastikari to Parliament via Ermou Street, you will find the districts of Syntagma and then Kolonaki and Lycabeth, more bourgeois and residential areas on Athens walking map with their neoclassical houses and chic boutiques at the foot of Mount Lycabeth. 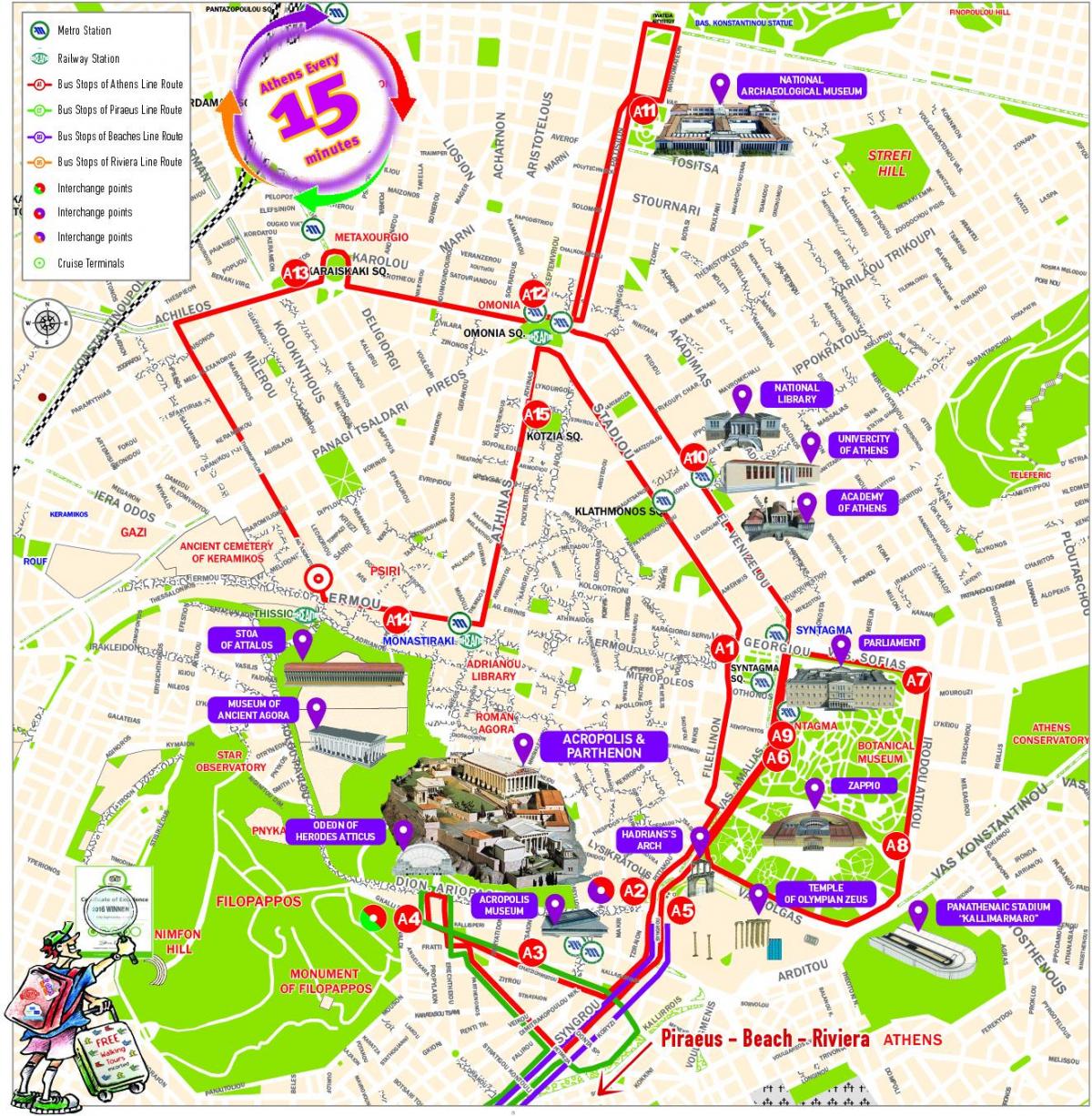