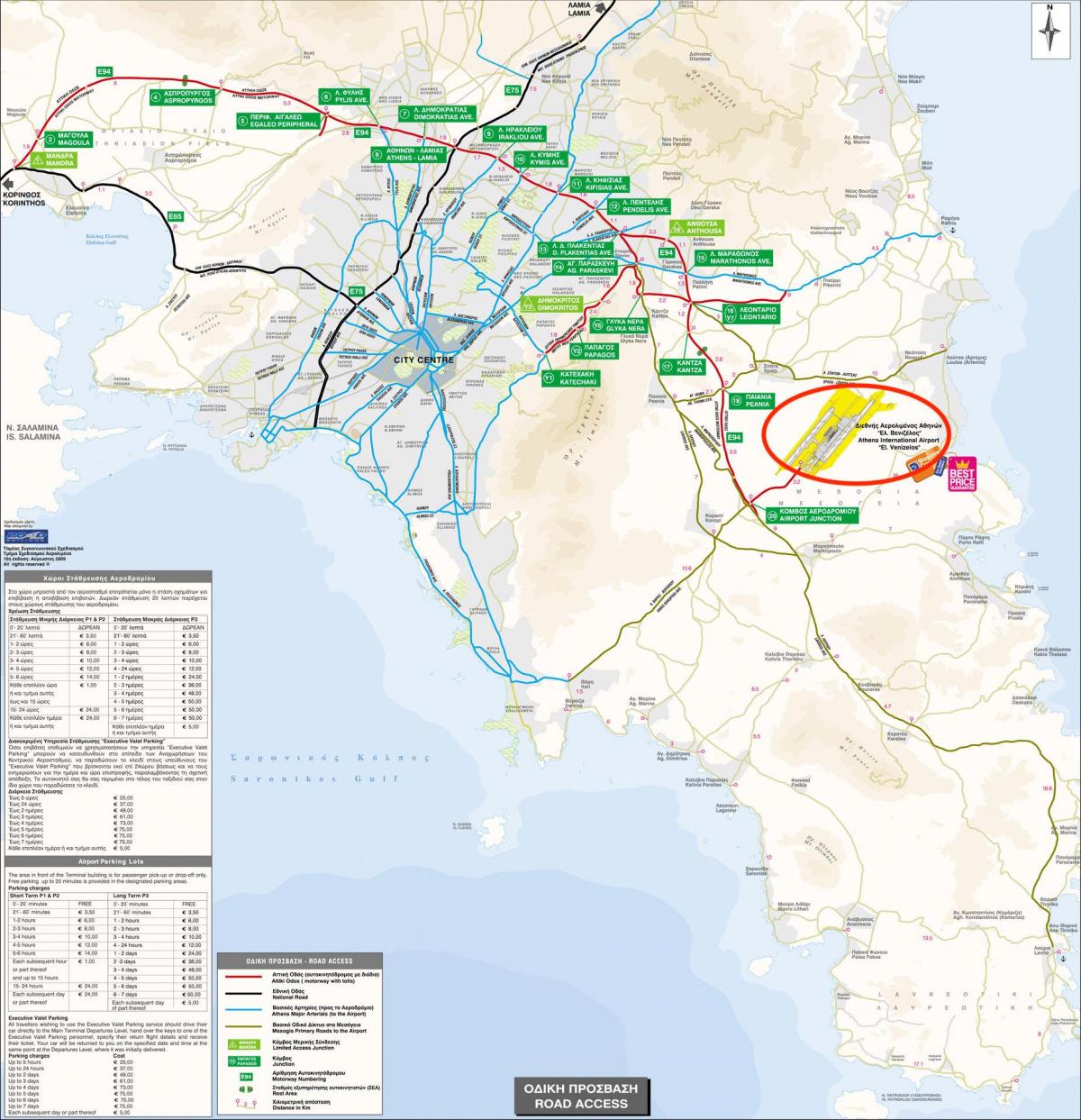 Athens is served by the state of the art Eleftherios Venizelos International Airport (AIA) located near the town of Spata, in the eastern Messoghia plain, some 35 km (22 mi) east of Athens as its shown in Athens airports map. The airport was awarded the "European Airport of the Year 2004" Award, intended as an expandable hub for air travel in southeastern Europe and was constructed in a record 51 months, costing 2.2 billion euros, and employing a staff of 14,000.

Athens airport is served by the metro, the suburban rail, buses to Piraeus port, Athens city centre and it suburbs, and also taxis as its shown in Athens airports map. Eleftherios Venizelos International Airport accommodates 65 landings and take-offs per hour, with its 24 passenger boarding bridges, 144 check-in counters and broader 150,000 m2 (1,614,587 sq ft) main terminal; and a commercial area of 7,000 m2 (75,347 sq ft) which includes cafes, duty-free shops, and a small museum. 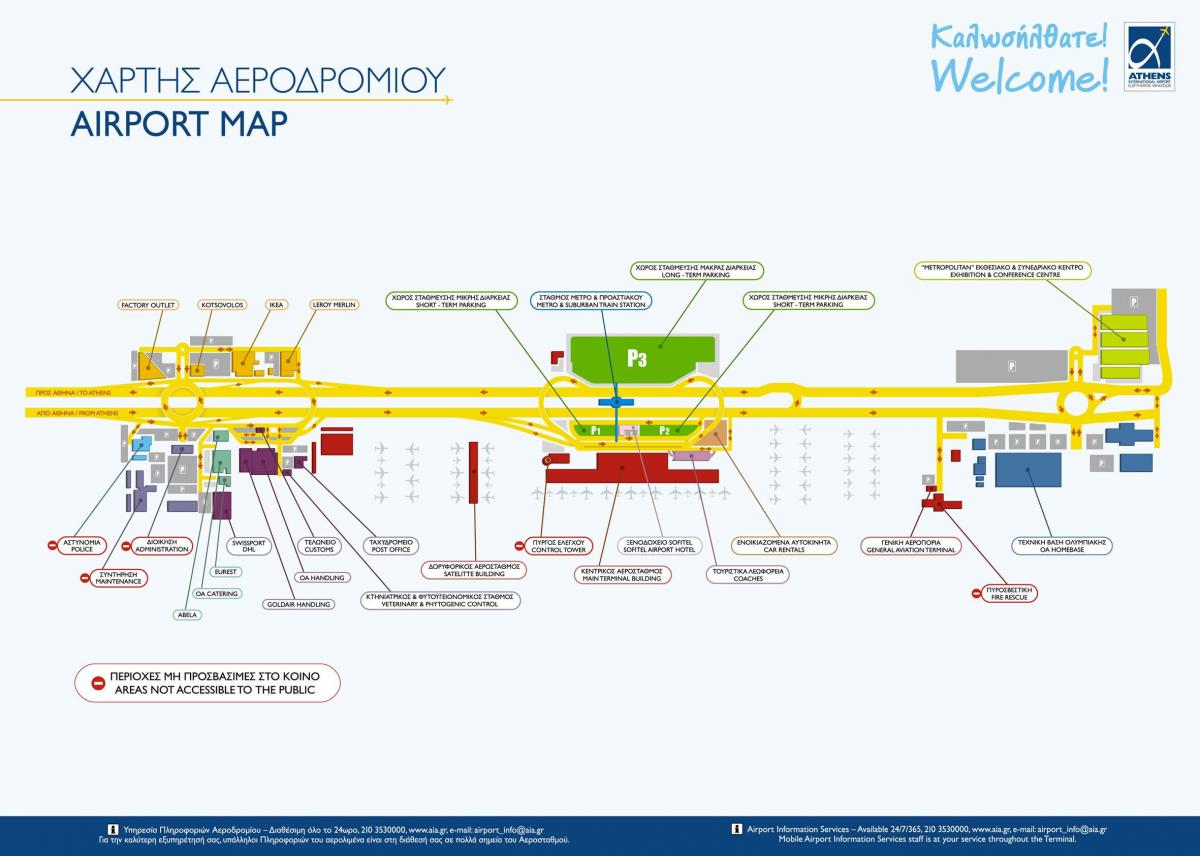 Inaugurated in 2001, the Athens International Airport, also known as Athens Eleftherios Venizelos International Airport, is the most important airport in Greece with over 21 million passengers a year. If you have to drive back to the airport from Athens, follow the direction signs marked “Markopoulo Airport”, as Athens international airport is known locally, because it is located near the town of Markopoulo, to the southeast of Athens as you can see in Athens international airport map.