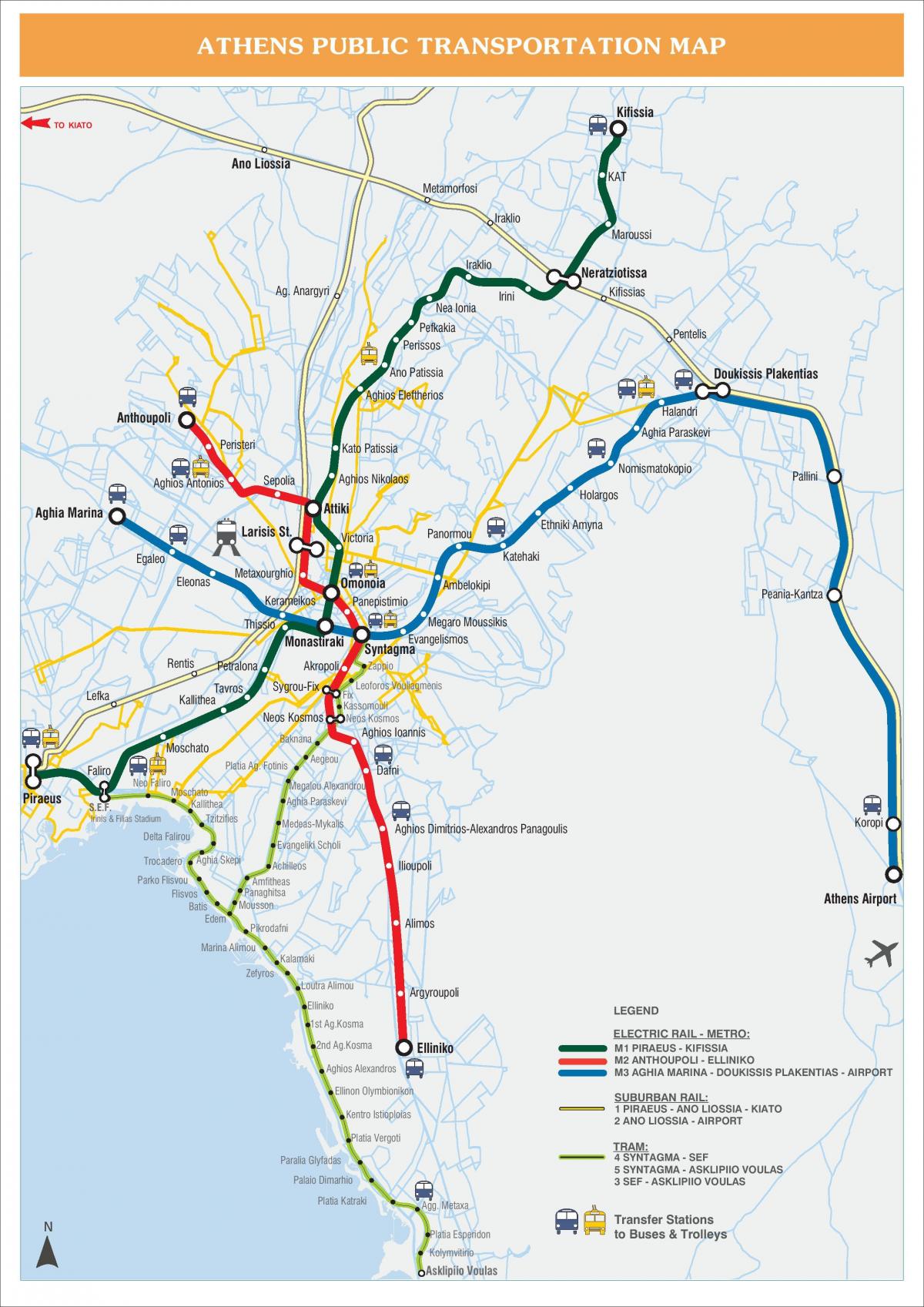 Athens is serviced by a variety of transport means, forming the largest mass transit system of Greece. The Athens Mass Transit System in particular consists of a large bus fleet, a trolleybus fleet that mainly serves Athens city center, the city Metro, a commuter rail service and a tram network, connecting the southern suburbs to the city centre as you can see in Athens transports map. You can use all means of public transport using the same ticket (a single ticket costs €1.40 and is valid for 90 minutes).

The Greek capital, along with its suburbs and the neighboring city of Piraeus, forms an integrated residential complex (the main urban planning complex of the capital) counting about 4 million inhabitants. The entire prefecture has witnessed the development of modern transport infrastructure that serves both residents and visitors in a fast and reliable way as its shown in Athens transports map.

There are various means of transport accessible to the public in Athens. For example buses, Trams, the Metro and Taxis. Public transport in Athens is generally inexpensive and reliable as its mentioned in Athens transports map. The transport system was newly modernised in the last 7 years including new roads and bridges, a new rail network, and new modern means of transport like the Athens Metro, the suburban railway and the Athens trams. These have all helped to reduce the transportation problems and all together played a key role in reducing the atmosphere pollution of the Attica Basin. 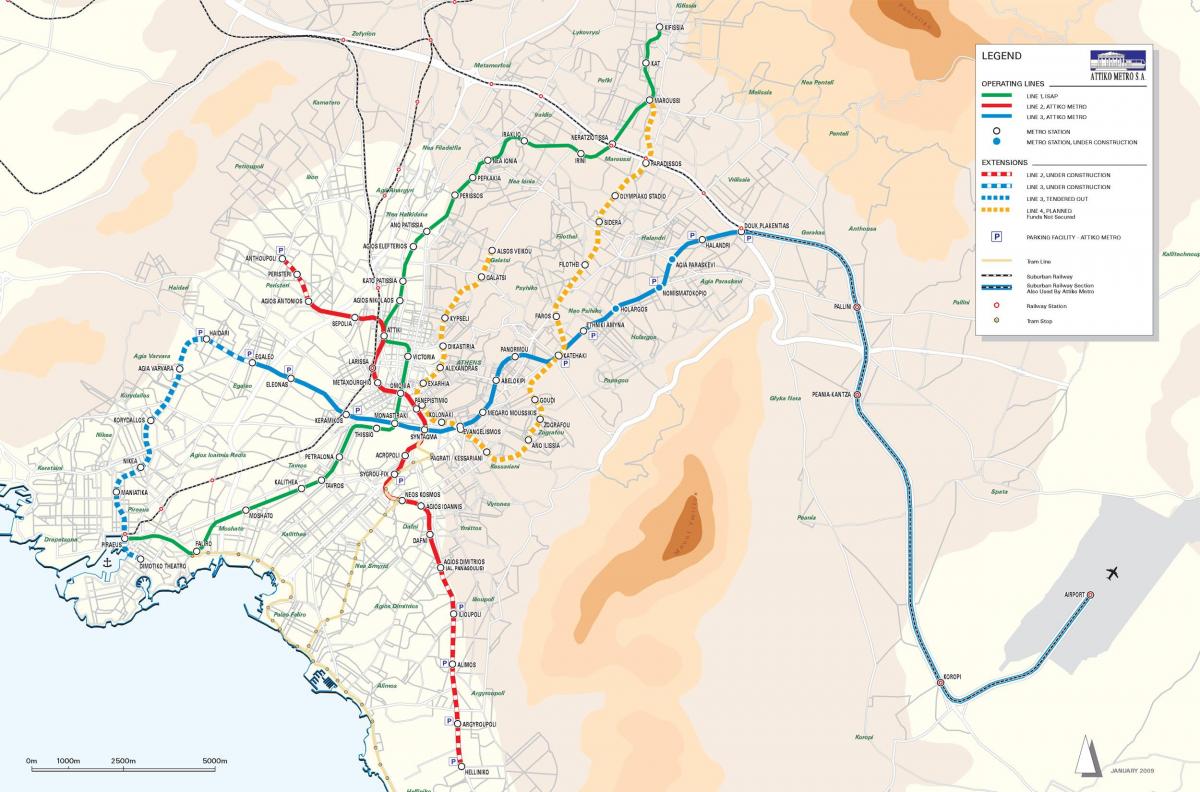 Line 1 (green) as shown in Athens zone map: is where the major stations are Piraeus (the city main port), Peace and Friendship Stadium, Karaiskakis Stadium, home to Olympiacos soccer team, and Omonia and Monastiraki zone. Line 1 was the first to be built. Opened in 1869, the line connected Athens and Piraeus port and was run by a steam train until 1904, when the state introduced electric trains. The other two lines were introduced in 2000.

Line 2 (red) as its mentioned in Athens zone map, connects Athens railway station with Omonia Square, Syntagma Square and the Acropolis zone. To reach both the Acropolis Hill and the Acropolis Museum, which are located within a couple of minutes walk from each other, you need to take the red line -or line 2- and disembark your carriage at the ‘Ácropolis’ station.

Line 3 (blue) as you can see in Athens zone map, links Athens International Airport with the city center, stopping at Syntagma Square and Monastiraki zone. Trains run every 30 minutes, 7 days a week from 6:30 a.m. to 11:30 p.m. The trip from/to the Airport to Syntagma station (Athens center) lasts 40 minutes.