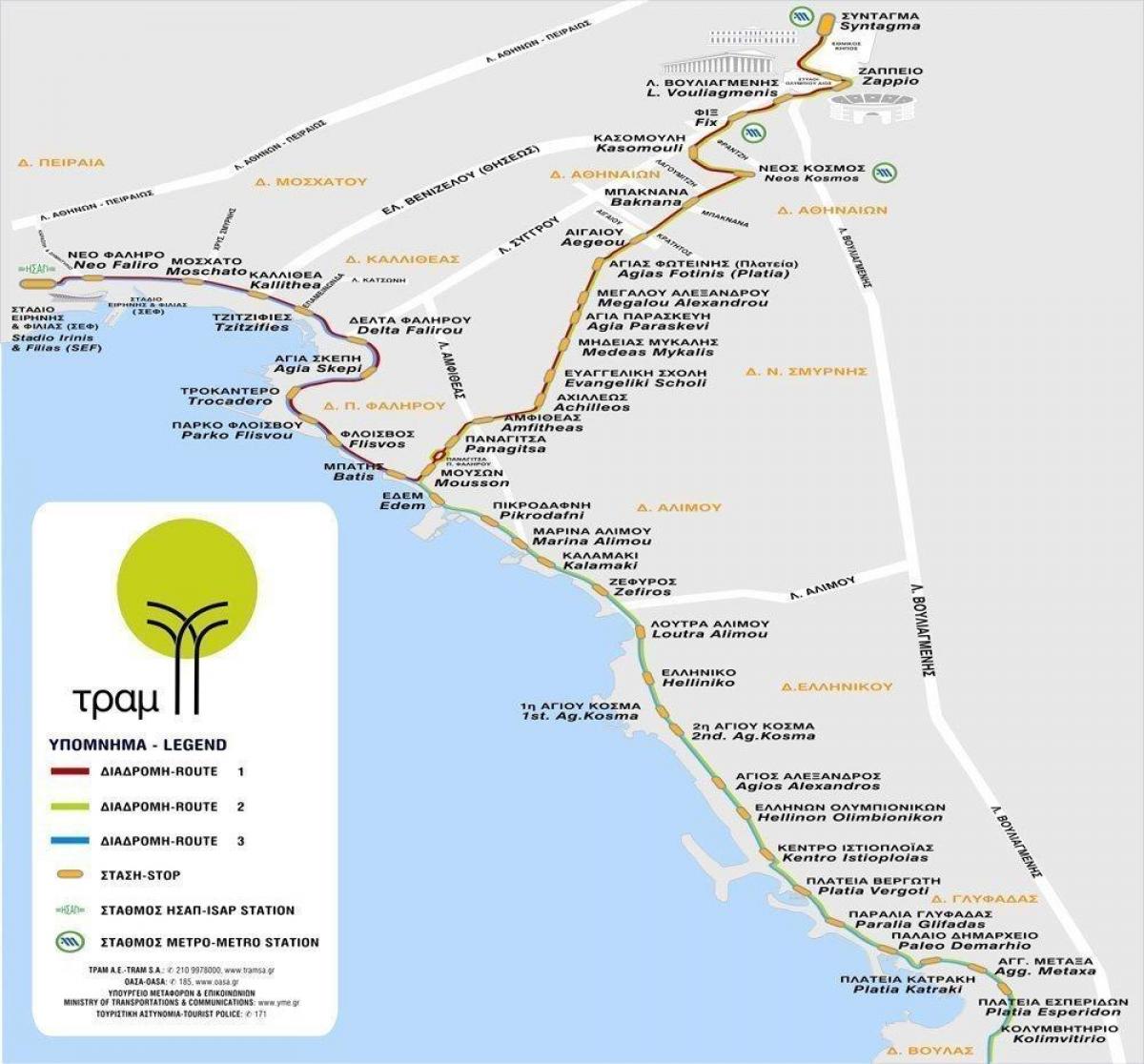 Athens Tramway SA operates a fleet of 35 vehicles, which serve 48 stations, employ 345 people with an average daily occupancy of 65,000 passengers. The tramway network spans a total length of 27 km (17 mi) and covers ten Athenian suburbs as its mentiopned in Athens tramway map. The first tramways lines in Athens were constructed in 1882.

Athens tramway network runs from Syntagma Square to the southwestern suburb of Palaio Faliro as you can see in Athens tramway map, where the line splits in two branches; the first tramway branches runs along the Athens coastline toward the southern suburb of Voula, while the other heads toward the Piraeus district of Neo Faliro.

Athens tramway takes approximately one hour to get from Syntagma to the final seaside stop at Voula. The tramway connects to the Metro and overground train at four stops as its shown in Athens tramway map: Syntagma, Syngrou/Fix, Neos Kosmos and SEF (Peace and Friendship Stadium in Faliro). The tramway operates from 5:30 am to 1 am daily and until 2:30 am on Fridays and Saturdays.