You can find on this page the Athens trains map to print and to download in PDF. The Athens trains map presents the rail network and railway stations of the trains of Athens in Greece.
The overground train of Athens provides a direct link between Piraeus port and Athens International Airport as its shown in Athens train map. Athens train also connects Athens to Halkida in Evia and Kiato and Corinth in the Peloponnese. 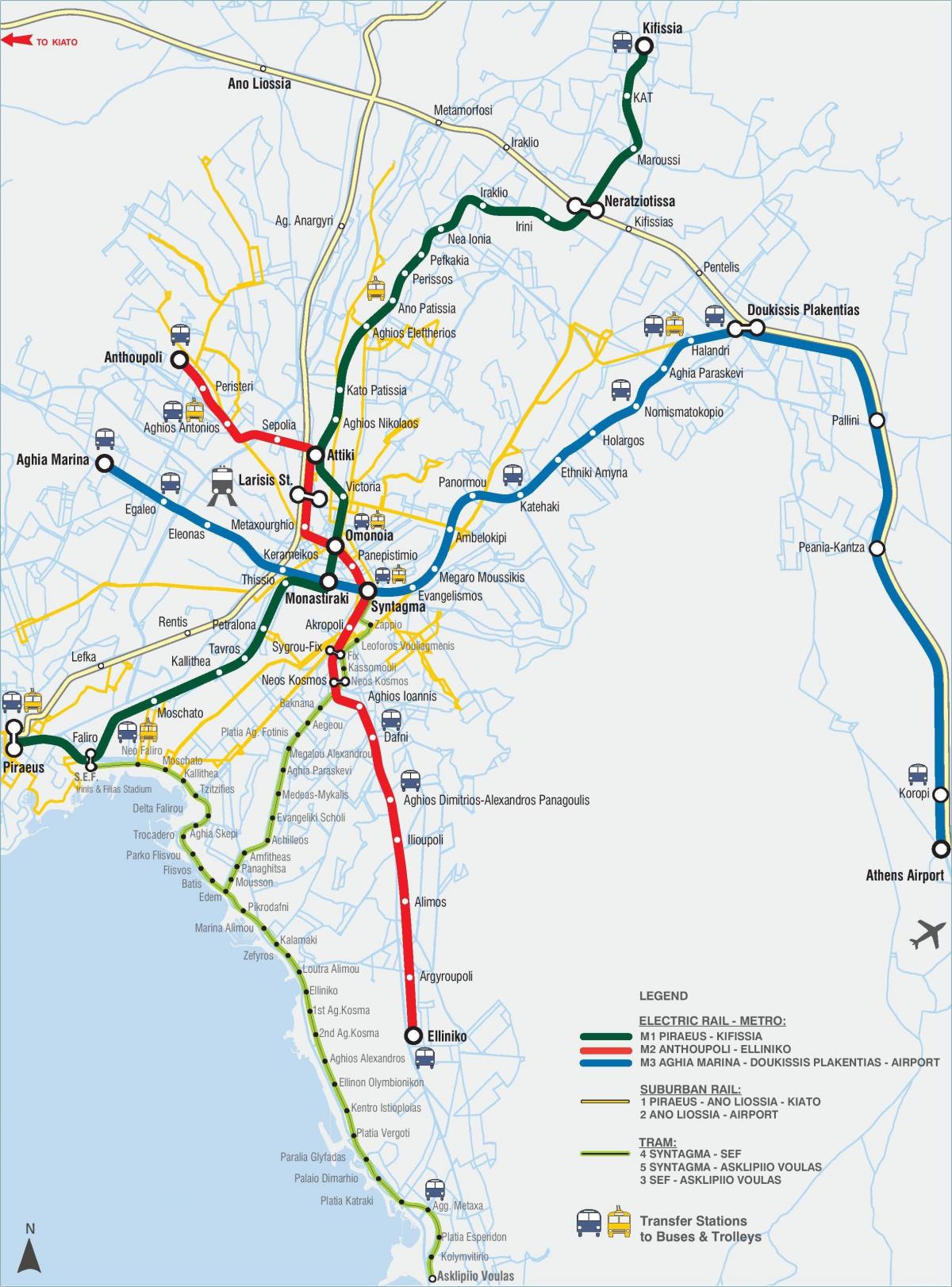 Not run by the Athens Metro company, is the ISAP (Greek: ΗΣΑΠ), the Electric Railway Company line, which for many years served as Athens primary urban rail transport (see Athens rail map). This is today the Green Line (line 1) of the Athens Metro network as shown on maps, and unlike the red and blue lines, ISAP has many above-ground sections on its route.

The Athens rail service is sometimes considered the fourth line of the Athens Metro. The current length of Athens commuter rail network extends to 120 km (75 mi) as you can see in Athens rail map, and is expected to stretch to 281 km (175 mi) by 2010. The Proastiakos will be extended to Xylokastro west of Athens and Chalkida.